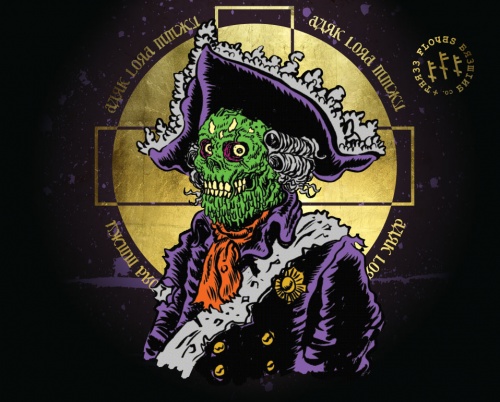 Dark Lord Day 2015 was held on Saturday, April 25th. This was the rainiest Dark Lord Day yet. The festival grounds were expanded yet again. This time occupying the entire empty lot which was north of 3 Floyds all the way up to Superior Ave. This lot was covered in gravel. The lot across the street and to the south of 3 Floyds was also used, covered in gravel, and a very large tent was erected here, a stage was also inside this tent where Big Freedia performed. Big Freedia was added to the lineup in protest of the recent law passed in Indiana allowing businesses to discriminate based on religions reasons. The main stage was still outside as it was in 2013 and 2014. The lot directly across from 3 Floyds was now paved as a parking lot, instead of a grass covered in hay for the festival, which was good considering the rain.

Stanchions were put up at the gates to help organize the line of people entering the festival. There were some issues with workers not providing clear information on the line to enter, some people getting stuck in non-moving rows. But overall things went fairly smooth.

There were no packaged sales this year, so no other FFF beers available to go. Some suggested this was because their event license did not allow for it, possibly at the request of local or State Police.

There were no to-go beers for sale with the exception of Dark Lord and the barrel aged variants. The reason for this seemed to be related to the event license, and possibly the concern that festival goers had no limit as to how much beer they could purchase. 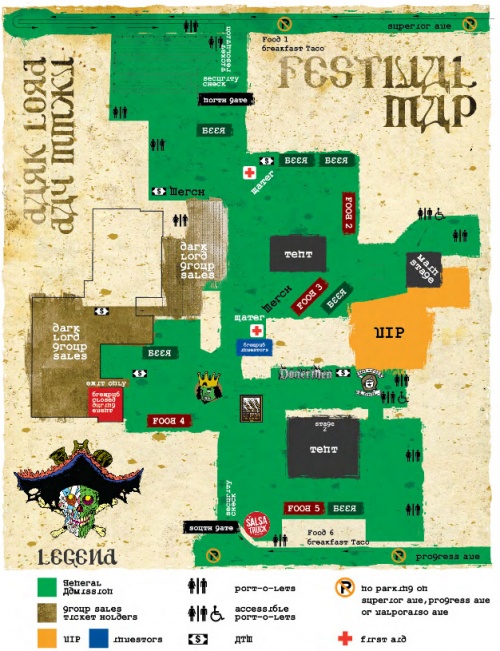 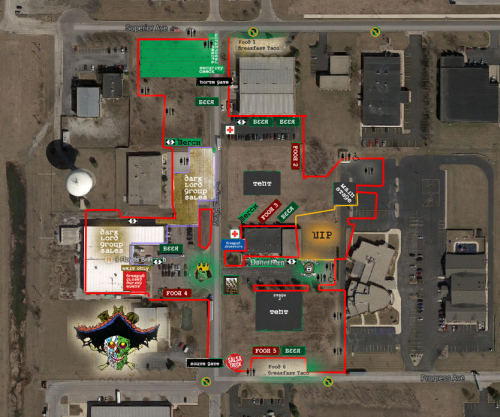 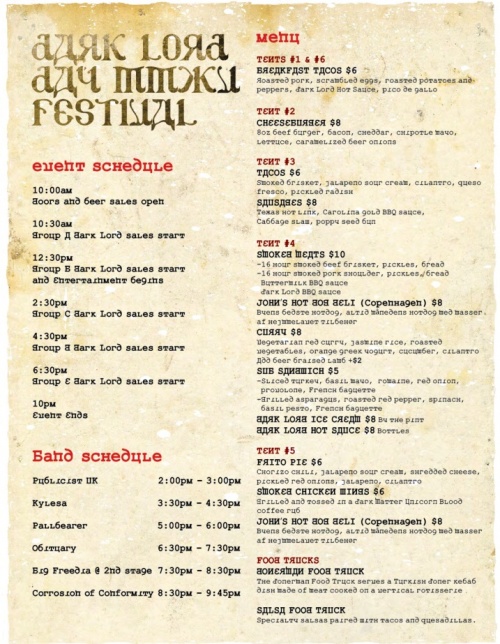 This year the ticket priced increased from $30 to $40. A new vendor was also used, eTix. The servers provided by eTix seemed to better handle the traffic. This year a "Best Available" option was offered in addition to selecting your Group Sales time manually. Although many questioned whether it was better idea to select Best Available versus just selecting a group. The tickets this year were sent as laminated lanyards, instead of a traditional paper ticket.

General admission tickets were again offered this year, at a price of $30. General Admission tickets went on sale on St. Patrick's Day 3/17/2015 at 8:00 pm, there was a limit of two per person. There was no lottery system as in 2014. GA tickets did not sell out until the following day.

A ticket is required to attend the festival and it is the only way to ensure that you get the opportunity to purchase Dark Lord Imperial Stout.

Changes have to be made to ensure the longevity of the festival, safety and shorter lines.

Without the ticket, there will be no admission to the premises. The name of the person to whom the tickets are being shipped will be printed on the ticket. When you arrive at the festival you will be required to present your ID. Security will confirm that the purchaser name and ID match as the reselling of these tickets is prohibited. No admission will be granted without the original purchaser being present to validate their ticket with their valid state or federal ID or valid passport. Then they may enter the event with his/her guest. The name of the person whom the tickets are being sent to will be the name that is printed on the ticket. One person is admitted per ticket. One allotment per person. One Golden ticket per official Dark Lord Day ticket holder. The “guest” reference denotes the fact that tickets (if 2 are ordered) will both be printed with the name associated with the shipping address. Therefore, the person with their name printed on the ticket(s) will need to be present to validate both tickets then they and their ‘guest’ will be admitted. This is NOT a 2 for 1 scenario. Tickets go on sale Saturday, March 14th, at *12pm, Central Time. The cost of tickets is $40. You will be allowed to purchase 2 tickets. However, Dark Lord allocations will be per person not per ticket.

We sell Dark Lord Imperial Stout in Groups at designated times. When you buy your ticket online you will pick a Group (see below.) The group you choose denotes the time frame for your purchase of Dark Lord. In order to maintain speed and flow, please purchase your Dark Lord during your chosen group time frame. Once you are in line and inside the brewery you will give us your event ticket that you purchased online. At that time you will receive your Golden Ticket scratch off ticket. The scratch off lets you know if you will have the opportunity to purchase a Barrel-Aged Dark Lord Variant.

If you have questions about the tickets you purchased please emailsupport@etix.com"

This announcement went out around 5:15 am Central Time:

Tuesday 4.7.2015 6 a.m Central Time, limited amount of Dark Lord Day 2015 Group A tickets for sale at the brewery. Must be 21+ at date of purchase. One ticket per person. Valid picture ID required which includes passport, driver’s license, state ID card or U.S. military card. Ticket is non-transferable and non-refundable. Cash only. ATMs will NOT be available on-site. Line will begin forming at 5:45 a.m. Please do not park in the lot or enter the property until 5:45 a.m. If you purchased tickets online, do NOT buy tickets on-site. Your purchase will be invalidated. Kiosk will be selling packaged goods at 7 a.m. Central Time, including Rabbid Rabbit, and merchandise. Kiosk accepts cash and credit cards

This year tickets were plastic event badges and worn around your neck on a lanyard. Each group had a unique design. 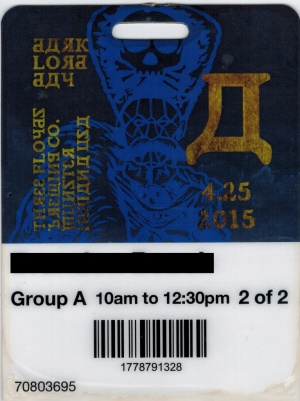 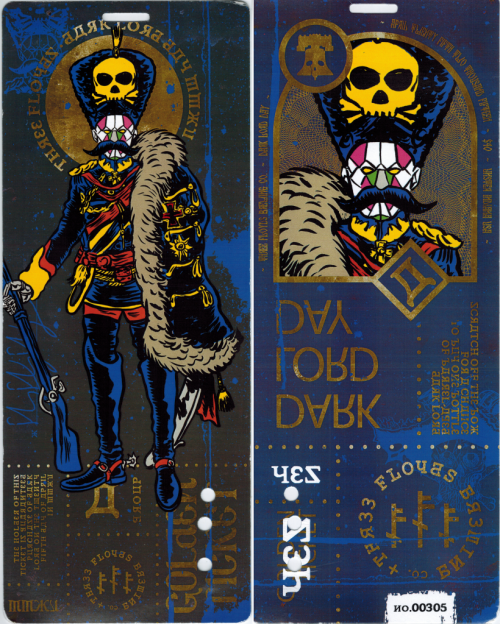 A silver mini-snifter, as well as the mug and chalice were available online after Dark Lord Day on Dark Matter's website.

“I was into hot sauce at the time, and they weren’t doing anything with those peppers in the barrels, so I decided to make some hot sauce,” the chef said. 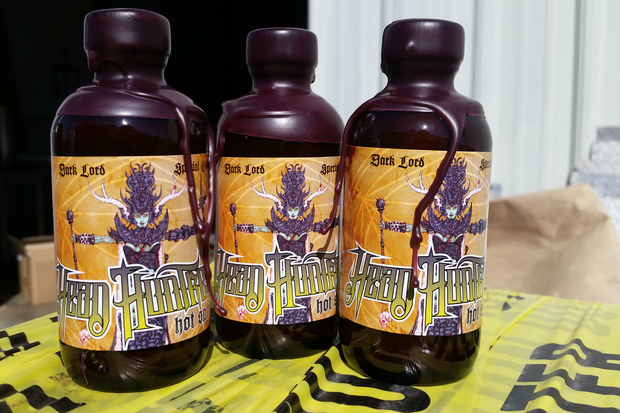 Big Freedia performed at 7:30pm on the second stage (setup under the large tent). 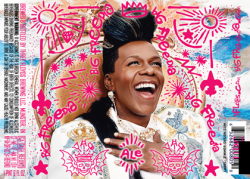 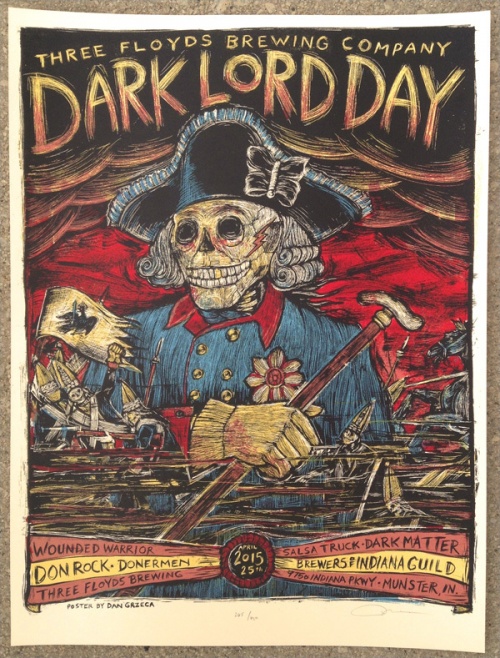