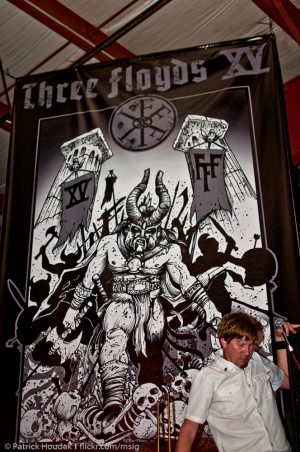 To celebrate their 15th anniversary, 3 Floyds threw an anniversary party. Along with the event 3 Floyds released Baller Stout, a special anniversary beer that's a blend of Surly Darkness, Mikkeller’s Beer Geek Brunch, De Struise’s Black Albert, and their own Dark Lord Imperial Stout. This was a ticketed event with tickets being sold both online and at the brewpub. The event featured guest taps by Surly, Mikkeller, and De Struise, and Pizza Port. Food by chefs Paul Kahan, Justin Large, Mindy Segal, Jonathan Sawyer, and the brewpub's chef, Mike Sheerin. The event also featured multiple bands headlined by the Melvins.

The party was setup similarly to Dark Lord Day 2011, with the bands in the brewhouse, bottle line snaking around the back of the brewery, and the main festival area in the parking lot. However they covered the parking lot with a large tent and setup tables for the event.

Those who arrived early seemed to have a smoother experience, with those arriving later waiting in line over 2 hours to gain entry to the festival. Then another hour of waiting in the bottle line to purchase bottles of Baller Stout. Unlike Dark Lord Day, there were no group sales times. Lines for food were generally quite long as well (30 minutes), but the lines for taps were much shorter.

Our XV beer is going to be a collaboration between us (USA), Surly (USA), Mikkeller (Denmark), and Struise (Belgium). We are brewing Surly Darkness, Mikkeller’s Beer Geek Brunch, De Struise’s Black Albert, and our Dark Lord Imperial Stout. All these beers will be blended to create our XV beer for maximum ass kickery.

The XV beer will be bottled and sold for $30 per bottle to all those in attendance. The Bottle allotment will be determined when the beer is packaged.

There is going to be a live entertainment as well. The line up is yet to be announced, but it will be something special.

There will be 5 world renown chefs from all over the 7 kingdoms. Jonathan Sawyer from The Greenhouse Tavern in Ohio, Paul Kahan and Justin Large from Big Star in Chicago, Mindy Segal from Hot Chocolate in Chicago and our own Mike Sheerin as well as a special guest from Denmark.

The festival gates opened at 1:00 pm.

After you received your 3 bottles of Baller Stout, if you were early enough you had a chance to buy 1 of 6 different barrel aged beers:

The barrel aged Dark Lord variant seemed to mostly be the Brandy Dark Lord from 2011, although there were some reports of other variants also available at random.

Food by Jonathan Sawyer from The Greenhouse Tavern in Ohio, Paul Kahan and Justin Large from Big Star in Chicago, Mindy Segal from Hot Chocolate in Chicago and our own Mike Sheerin as well as a special guest from Denmark.

On Monday, October 10th (It’s Columbus day: a holiday), at 1 p.m. tickets will go on sale on-line… The link to the ticket site will be posted earlier in the day on the blog, twitter, and facebook.

We are setting aside a portion of tickets to be sold on site. Details about these tickets will be announced soon.

Brewpub sales were announced the evening before on Oct 8th.

In an effort to give our pub regulars an opportunity to buy tickets to our anniversary party, we will be selling a limited number of tickets at the brewery tomorrow (Sunday, October 9) at 10am.

There will be a 2 ticket per person limit (ID required) and the sales will be cash only (an ATM will be available).

Absolutely no access to the property is allowed before 10am and the parking lot will be closed to vehicles until the pub opens at noon. Please respect our neighbor’s property and do not park on their lawns. 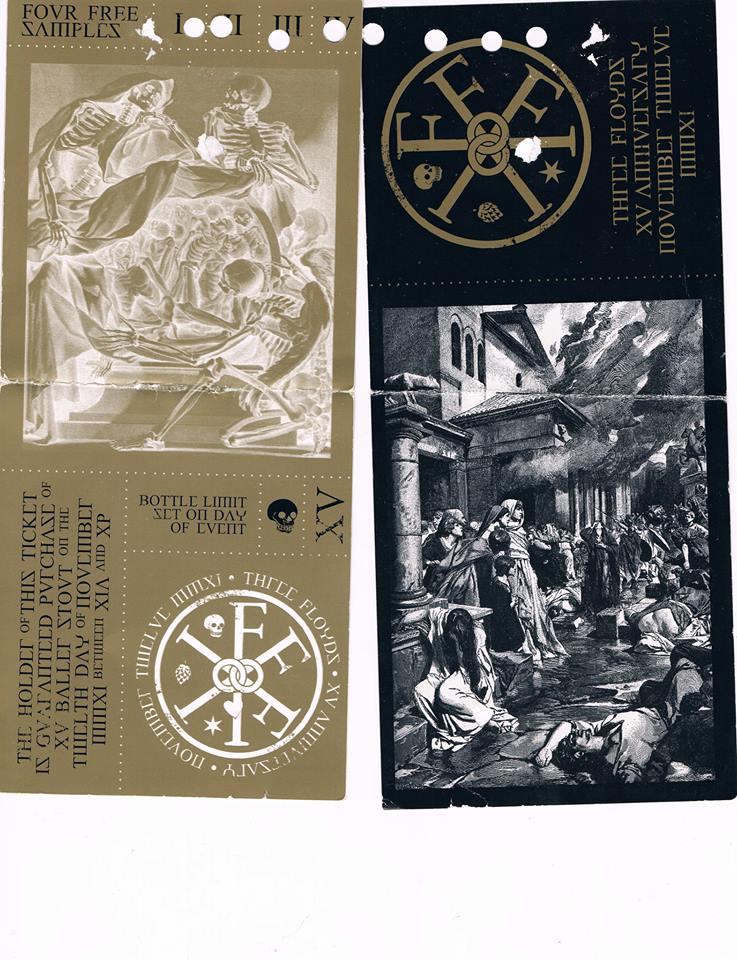 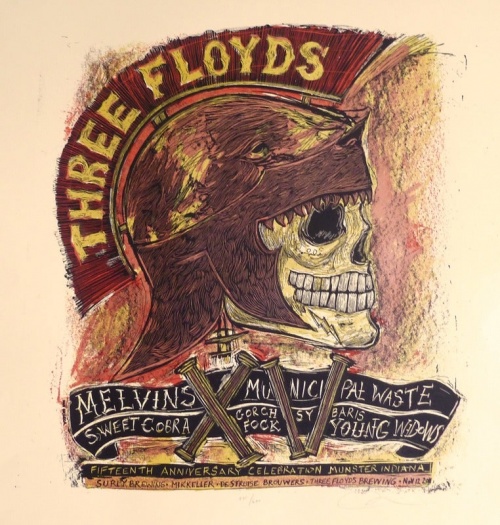