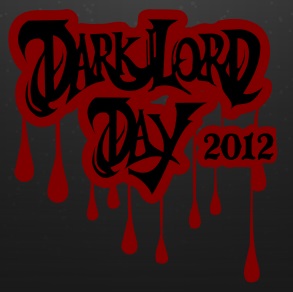 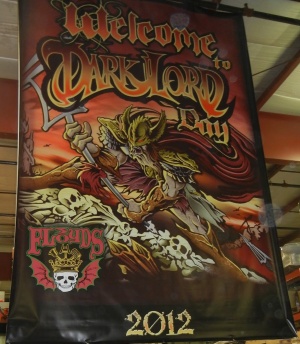 Dark Lord Day 2012 was held on Saturday, April 28th. The attendance and festival layout was largely unchanged from 2011. Lawn chairs and full size coolers were no longer allowed inside the festival gates, this helped alleviate crowding. As with 2011, barrel aged Dark Lord variants were only available inside the brewpub.

While the Group A sales went smoothly, by Group C the lines were no longer orderly and crowded inside the gates. The time in line was significantly longer for the later groups.

The brewpub was open for the event. This year barrel aged Dark Lord variants were available exclusively inside the brewpub. 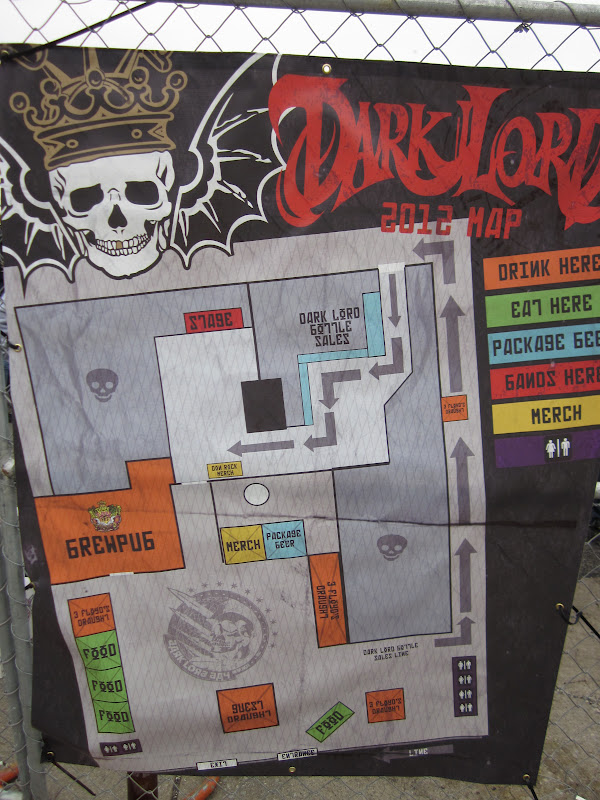 This was the first year ticket sales saw an increase from $10 to $15. Tickets went on sale on Saturday March 17th at 12:00 noon Central time. They sold out in minutes. A notable change in language mentioned that a portion of the ticket price would go to local charities, when in the past it sounded as if all proceeds from ticket sales went to local charities.

We are happy to finally publish the link for ticket sales. They will go on sale March 17th at Noon (which is Central Time). $15 per ticket. Two tickets per person. We are continuing the three different group sales like last year because they worked so well for getting people through the lines quickly and efficiently. Group A 10 am to noon Group B 1 pm to 3 pm Group C 5 pm to 7 pm.

Here’s the link http://darklordday.tickets.musictoday.com We recommend that you bookmark that page.

More specifics about DLD will be released on http://www.darklordday.com/ , and crossposted to facebook, twitter, here, etc, as we get closer to the date.

To address frustration among locals missing out on tickets, Three Floyds sold tickets at the brewpub the following day. Sunday March 18. Purchasers were able to pick their preferred Group Sales time.

"We realize that online sales create a difficult situation. In an effort to make sure our loyal locals have the ability to attend DLD, we’re offering a few hundred tickets for sale at the Pub today at face value. There is a 2 ticket per person limit and all sales are cash and final. We will also have standard favorites plus some limited barrel aged beers available during the ticket sale (2 case per person limit). Ticket sales will begin at 9:30 this morning. The brewery property is closed until 9:00 am as we set up. You must be 21 or over to purchase Dark Lord Day tickets. There will be an ATM available on site. We hope to see you this morning."

A second round of tickets were sold at the brewpub on Saturday April 7, 2012. 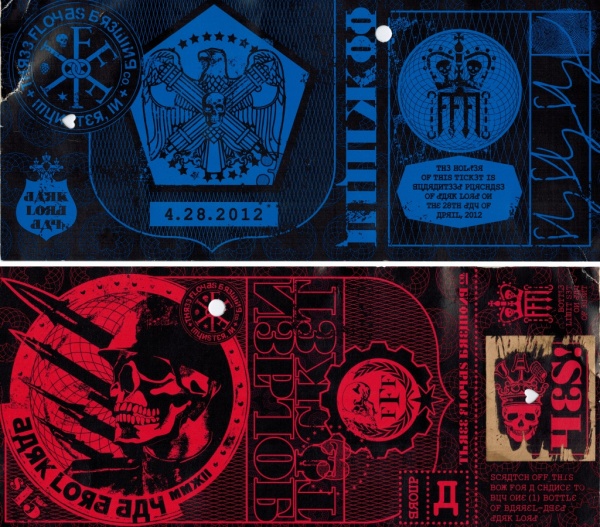 These were available inside the brewpub.

Regular Taplist in the Brewpub

High on Fire was originally listed as: Ghan Jovi- These guys we have to keep as a huge surprise. You will not be disappointed. 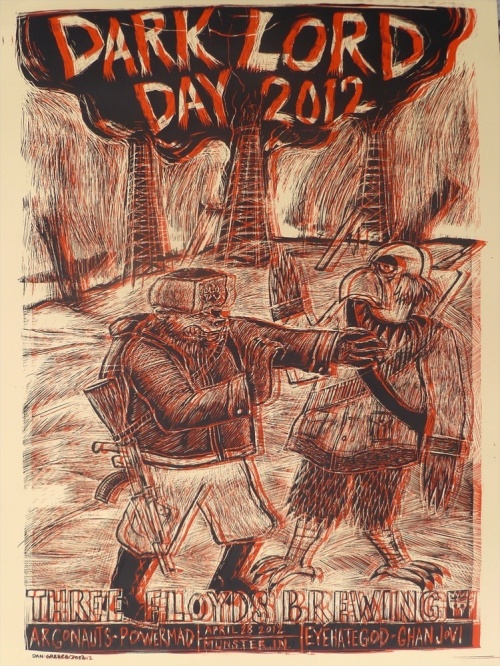